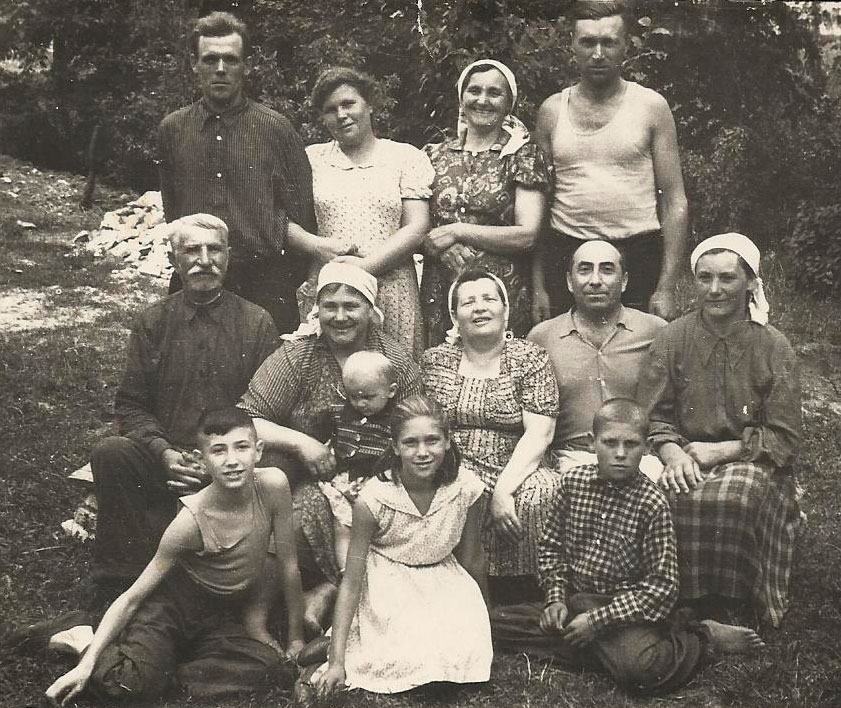 Isaac Tenzer was the post-WWII son of Basia Tenzer, nee Schusterman, from Krasilov. Isaac says he is writing a book about his mother. Indeed, Basia had a unique destiny. Her older sister Rose and brother Phillip had immigrated to the USA before WWI. Basia and another brother, Joseph, remained in Krasilov with their mother. The mother got widowed shortly after Basia’s birth. Over time, both American and Krasilov Schustermans created their own families and had children. In the difficult period between WWI and WWII the American relatives helped those in Krasilov tremendously.

Everything was ended on June 22, 1941. None of Krasilov Schustermans was able to get evacuated. Nazis killed all of the Basia’s family — her husband, her children, her brother and his family, her mother, everyone!

In July 1942, Nazis and Ukrainian Police shot and killed all the inhabitants of the Krasilov ghetto in the Aktion near the village of Manevtsy which is 25 km from Krasilov. Basia was there, in that hell, standing at the edge of the huge pit, side by side with all the other ghetto inhabitants. By some miracle, the bullets did not strike her and she remained alive. In the death pit, where she fell with all the corpses of those who had been murdered, she was on the surface of the pile of the bodies, near the edge of the pit and in its corner. When the earth was put over the bodies, only a thin layer covered her.

Usually, the Nazis or the Ukrainian Police, following the shooting of a large group of people would do so-called “control shots”. After dropping the bodies into the pit, with some live people interspersed with the dead, they moved along the edge of the pit and sprayed everybody with machine-gun fire, row by row. But this time they did not do this – ignored their rule. Maybe they were tired, or hungry, or the hour was too late when they finished their «hard work». When they all left and this horrible place was empty, Basia was the only one who climbed out of the pit alive. She was covered with blood, but it was the blood of the others, not of hers. When night fell, she fled from the pit and headed for the forest. She spent a few days wandering around — some people chased her away, others gave her food and allowed her to stay for the night. It was a miracle that no one gave her away to the Nazis or Ukrainian Police.

Then she came across the partisan unit active in the forest near Krasilov. The partisans were reluctant to take in Jews, especially Jewish women, without arms or needed skills. Often the partisans themselves killed those they did not want. She was taken in because she did not «look» Jewish and she spoke Ukrainian without an accent. She became the liaison between the partisans and the underground organization in Shepetovka. In July 1943, the Nazis discovered the partisan unit, and together with the Ukrainian Police, staged a massive raid on the partisans in the forest. They completely destroyed the unit. The only ones who survived were those who happened to be in other places at that time. That day, on the orders of the unit commander Basia had gone to Shepetovka to contact members of the local underground organization. She set off back late in the evening. Already on the edge of the forest — she had just turned to go deep into the thicket to the location of the unit — she was alerted by the faint yelp of a dog in the distance. She guessed what was happening. It meant she could not go back to the partisans. Again, she would have to wander, to beg, to take risks.

Basia was wandering around, alone, for several days before reaching the small forest village — Slobodka Krasilovskaya. The village had only two streets, a few houses on each. Basia knocked on the door of one of the houses. It turned out it was the only right choice. If she had knocked on any other door, everything would be over. A Jew would have been handed over to the Nazis for the promised reward. But at this house, which belonged to the peasant family Zhirs, Basia was let in, fed and put to bed. Meanwhile, Darya Zhir and her two teenage children, who lived there, son Vasiliy and daughter Vera, all three of them, worked for the whole night. They dug a pit behind their home, at the plot adjacent to it, and equipped it properly as a hiding place. Zhirs hid Basia there for nearly eight months providing her with food and taking care of all her needs. Basia was in this hiding place from July 1943 until the begining of March 1944 — when the Red Army arrived and liberated the whole area. She had grown extremely weak living in the pit, lost weight and got very sick. Soviet military men immediately took her to the hospital where she eventually recovered.

After the war Basia married Leib (Lev) Tenzer, also from Krasilov, a man who had miraculously survived as well. He lost his first family and his old father in Krasilov. As a member of the Red Army since the second day of the war, he fought all the way to Berlin. In Berlin he signed his name on the wall of the Reichstag. For Basia and Leib (Lev) to stay in Krasilov was impossible – too painful. The settled in Chernovtsy, and in September of 1946, their son, Isaac, was born. Basia died (committed suicide) in 1969. Isaac lived in Chernovtsy until 1972 when he, with his wife and his father, went to Israel.

Basia visited her savior, Daria Zhir many times after the war. She maintained a very warm relationship with her rescuers, until her death, and helped them financially. After Isaac arrived in Israel, he filed the necessary papers with Yad Vashem for the Zhir family. On December 19, 1985, Yad Vashem recognized Darya Zhir and her children, Vasiliy Zhir and Vera Zhir Kreminskaya, as Righteous Among the Nations, i.e. the saviors of Jews from certain death. The rescuers certainly had risked their lives saving the Jewish woman. Now all of them have passed way — the saviors, and the one they saved. Isaac still helps to the third generation of Darya Zhir’s family.

Isaac reminds us that Zhirs saved not only Basia, and not only the generations of her descendants. Holy people like them have saved the reputation of the Ukrainian as a nation. The saviors were very special people. Their dignity, conscience and bravery were indeed very rare. They really represented righteousness. Ukrainians should be very thankful that there were people like the righteous among them. It is a shame that the Zhir family members lived such short life. Darya and her daughter Vera both died at the age of sixty because of the poor condition of the soviet medicine especially in those remote places. Vasiliy lived even shorter life: he died in a mining accident when he was between forty and fifty. So, all of them died while many criminals who helped Nazis to kill Jews live much longer life. Some of them were lucky to reach the USA and lived here into their 90’s. Others got the jail sentences but were released after their imprisonment term was over and returned to their homes places. It’s a shame!

What was the post-war life of Basia Tenzer? It was very hard. The war left her with terrible memories. Her children, her relatives, her friends, all were murdered. In 1945 Basia Tenzer noted the place of mass executions near Manevtsy, thanks to her testimony, the burial grounds were established and protected. She had to give evidence at the post-war trials against Ukrainian policemen. The last such trial with her participation, according to Isaac’s information, was in Poland in the early 1960s. That was where this assassin and monster had run to hide, and he thought that justice and punishment would not reach him. It did not work: he was captured, condemned and executed, mainly owing to Basia’s strong testimony.

Certainly war memories hurt her. But Basia’s problems were not just psychological; her health had drastically worsened after the war. The last months which she spent in the Zhir’s hiding place were particularly devastating. Now she had to frequently spend long periods in the hospital. What brightened her life? Of course, her child. The boy, Isaac, was exceptionally gifted musically. Eventually he became a professional violinist.

And one more thing: Basia managed to find her sister Rose Schreiber in America. For eight years she had sent out numerous letters to the synagogues of Brooklyn, New York, one by one, with the one request – to help her with finding her lost sister, Rose Schreiber. And finally at one of the synagogue a woman who knew Rose miraculously heard as the Rabbi was reading Basia’s letter on Shabbos service. Thus the sisters got in contact again. However, they did not meet in person — Rose was afraid to go to the Soviet Union, and Basia could not travel to America for health reasons.

After Basia’s death in 1969, Isaac did visit American relatives in 1973. Then, again, there was a long break in contacts between the “American” and “Russian” branches of this Jewish family. After 40 years, contact has been recently restored [in 2013].

I was able to establish contact with Isaac, the son of Basia who lives in Israel. He and his wife Frida have two children; Isaac gave them the names of his mother and her brother, Basia (Berta), and Joseph. In the birth of his daughter Basia (Berta), and her brother Joseph, in their very existence and Basia’s (Berta) having four children, Isaac finds his mother’s victory. Basia’s great-grandchildren, a boy and three girls, – this is her victory, by Isaac’s opinion! Well, I quite agree! 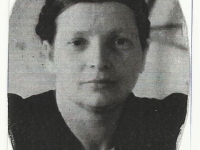 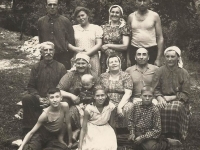 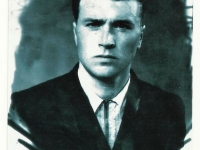 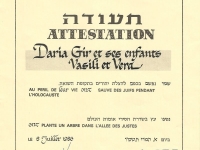 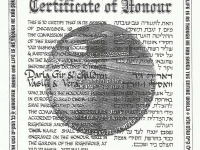 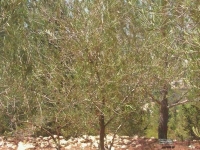 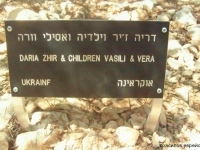 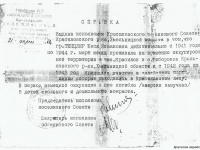 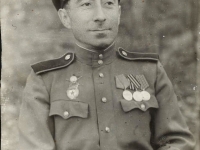 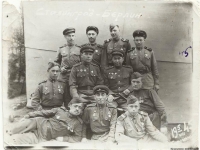 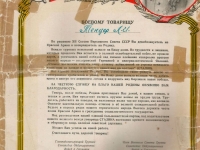 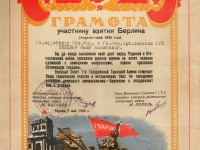 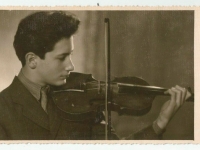 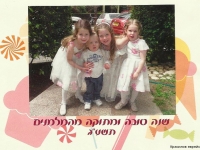 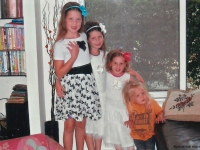