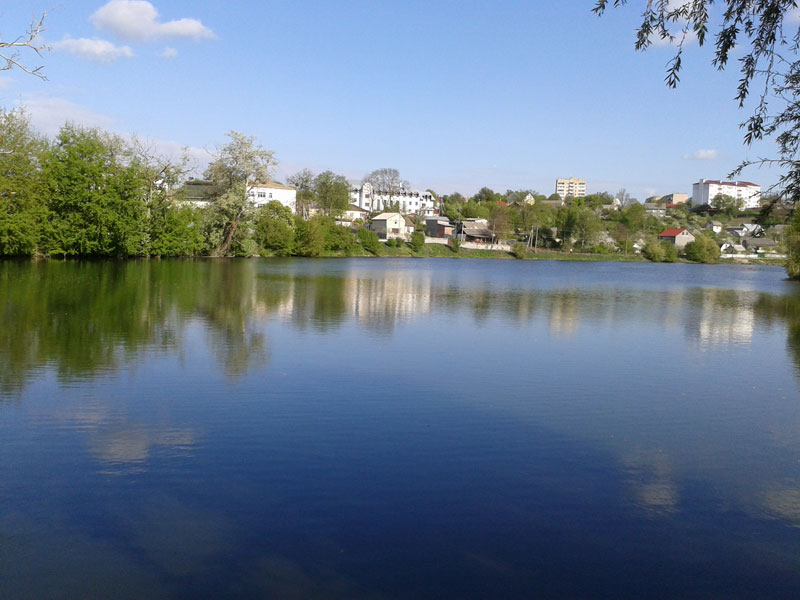 Krasilov is the old shtetl, located on the border of Podolia and Volhynia, halfway between Proskurov and Starokonstantinov. The name “Krasilov” [the root of the word means “beautiful”] is a tribute to the beauty of the surrounding area: wooded hills on the shores of the tranquil river Sluch [Случь] and the famous Podolia oak groves and orchards. The first written record of Krasilov was in 1444, but this territory was inhabited since the Neolithic period. Near Krasilov there was the site of an ancient settlement, surrounded by a moat and a rampart. Medieval Russia, the Grand Duchy of Lithuania, Kingdom of Poland and Grand Duchy of Lithuania [Polish-Lithuanian Commonwealth], and the Russian Empire after the second partition of Poland – this is the list of countries with which Krasilov has been associated. Crimean Tatars’ plundering raids, short-lived Turkish rule, slaughter of Khmelnytsky’s [1648] and Koliivschina [1768] uprisings, pestilence, fires and pogroms – all this happened to the people of Krasilov. Krasilov sovereigns were Michael Olehnovich, a vassal of the Grand Duke of Lithuania Svydrygailo (XV century), the princes Ostrozhskys (late XV – XVI century), and Sapiehas (XVIII – XX century).

Jews came to Krasilov at the turn of the XVI and XVII centuries, and were all killed by Hetman Bogdan Khmelnytsky’s Cossacks. Jewish life has resumed in the first half of the XVIII century. A large stone synagogue was built in the late XVIII century.

In the second half of the XIX century the railroad came through Krasilov. Two branches crossed here: Kiev – Brest and Zhmerinka – Volochysk. The railroad opening eased the supply of raw materials to the sugar factory from the landlords’ economies; the economics of Krasilov and the entire area improved.

In 1913 Krasilov housed the Petty Bourgeoisie Council, the recruiting station, post and telegraph office, district hospital, rope factory, Preygerzon’s small leather factory, and machine shops, which later developed into a machine-building factory. There was the Great Synagogue and four prayer houses, a Jewish school and a private women’s college, and also the private library, owned by Joseph Ber Landa. In 1847, there was a Krasilov Jewish society of 1,737 souls. In 1897 there were 2,563 Jews in Krasilov, about 40% of the population. Among the Jewish craftsmen were tailors, leather workers and shoemakers, roofers, tinsmiths, carpenters, glaziers, blacksmiths and metalworkers. There were poor widows and small traders burdened with large families that depended on the charitable support of the community. They were so poor that, in the words of my father, a match had to be split into four parts. But there were some very wealthy people – tenants who ran steam mills and quarries, timber merchants, and wholesalers. And there were those whom Yu.D.Gzhimaylo (Ю. Д. Гржимайло), a local historian, author of “Town over the Sluch” (Мiсто над Случем), 1992, calls the “landlords”. Since last decades of XIX centuries estates of the last big landowners, members of Sapieha-Chorba family, were divided into pieces and passed from person to person, among them – Jews.